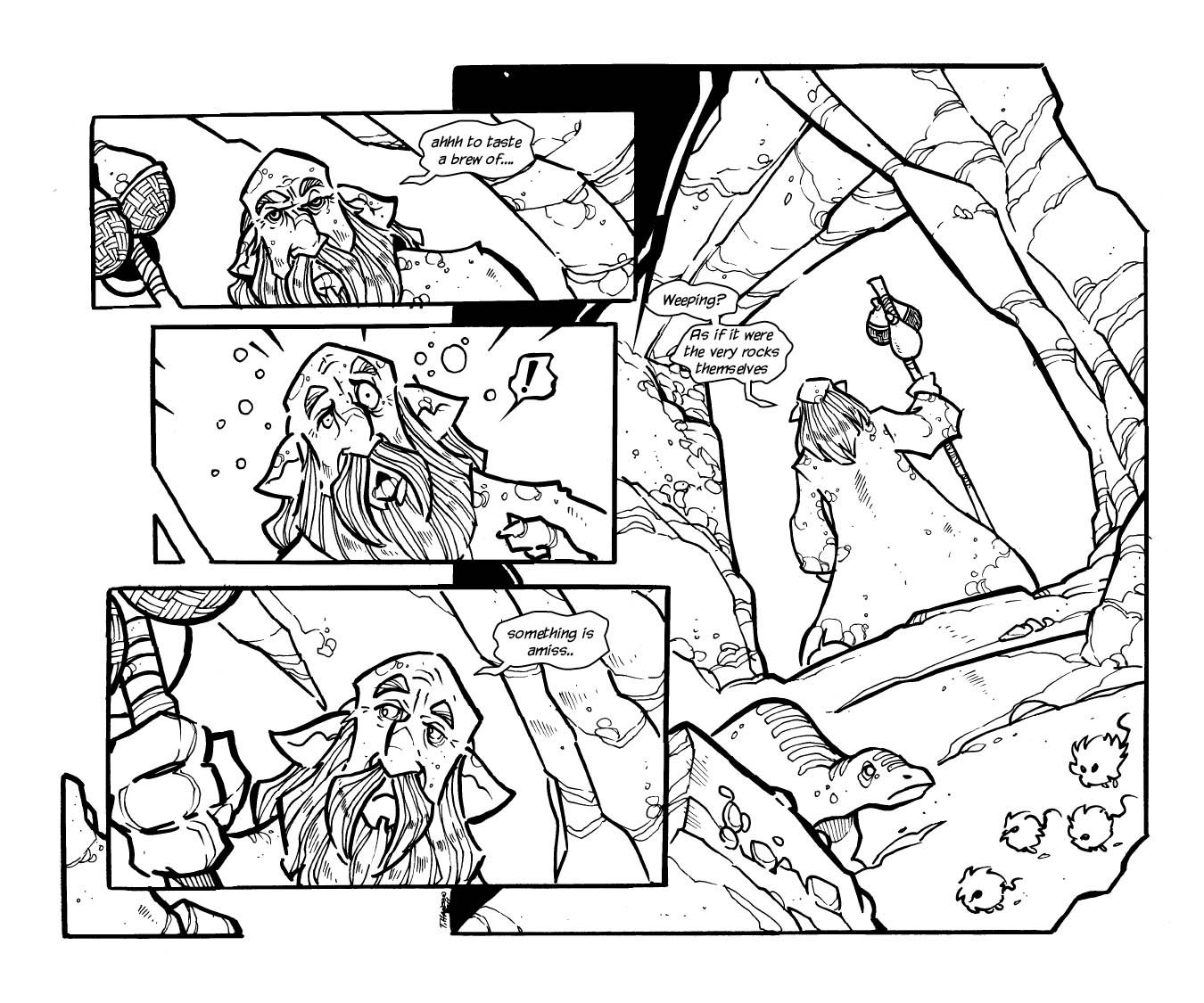 Well, after reading yesterdays posts i felt that i needed to be quiet until today:)Sorry the collector has not returned…

Well some really cool things have happened with the Ben vol 1: Riddles and Shrooms… I signed off the proofs yesterday and it is on its way to print. In fact the books and bindery should be done by the 24th or so… Which means I will have the books in november. I am really jazzed and cannot wait to share them with you. 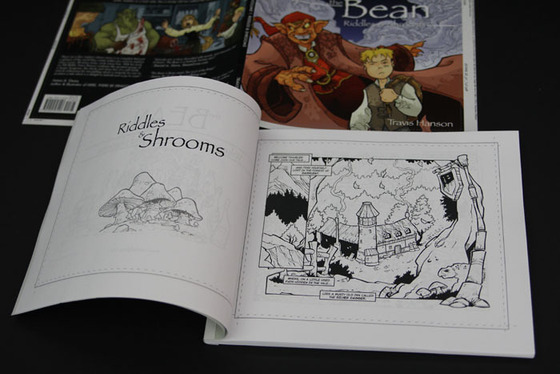 I thought so; the text looked different.

you thought what chris?

Love this new character design. And the book looks gorgeous.

What? Is this another troll? I thought there was only one of the Red Rock Trolls still around. Obviously not human…wrong ears.

By the way, whatever those fuzzy little things in the foreground are…I want one for a pet!

as for the fuzzy little rodents…. you can have one:)

I must say you REALLY had me going with 'page' 309 though. Well played Sir, well played. *takes invisible hat off*

And apparently Firefox thinks I should be saying Jackrabbits instead, oh-kayyyy… )_)

ahhh it's good that i can still mix things up

yes, yes they do

Hopefully it's someone who can save Siv's butt. Gort? Nah, Gort's fine. Well, "fine" as in "seething with inhuman rage". I have a feeling he plans on taking the goblin's debt out of their hides. Perhaps literally.

am i that predictable?? 🙂

I would have guessed Gort is gone, so, no. 😉

Somebody new who looks friendly. Its the old double trick ! 8o

Question. Is part of the corruption effects on weavers the need of rhyming songs?

no- he's just singing an old tune to himself –

The corruption of the weave by use varies by each race. Symptoms of the corruption are delusional behavior, paranoia, irrational action, dependency on the weave, aggressive tendencies, mental breakdown. they become a danger to themselves and society.

Yet some races are immune to the effects of the weave, partly because it is a natural part of them.

So here is the breakdown-
The first are the races that suffer from the corruption of the weave-
Red Rock Trolls- High-tolerance to the weave, they were the first to discover it's powers and teach the other races how to use it. Can pull and enhance vegetation from the earth, plus can control other elements such as fire and smoke.
Humans- Mid tolerance. – to be revealed
Elves- Mid Tolerance. Can embed a part of themselves into objects.
Scavengers- High Tolerance

Due to the high mental and emotional strain, the weavers of the above races use a variety of tricks, illusions and potions to achieve their goals…. (like the collector)
The next group are races who the weave has embedded into them and do not suffer from the corruption that casting a weave creates, these races are effected in other ways.
Earth-dwellers- have a strong sense of navigation and cannot get lost.
Ogres- heightened healing abilities
Fairies-
Stone Trolls-
Dragons-
Then there are the races that are immune to many aspects of the weave, but cannot weave themselves.
Goblins

nope it is not the collector