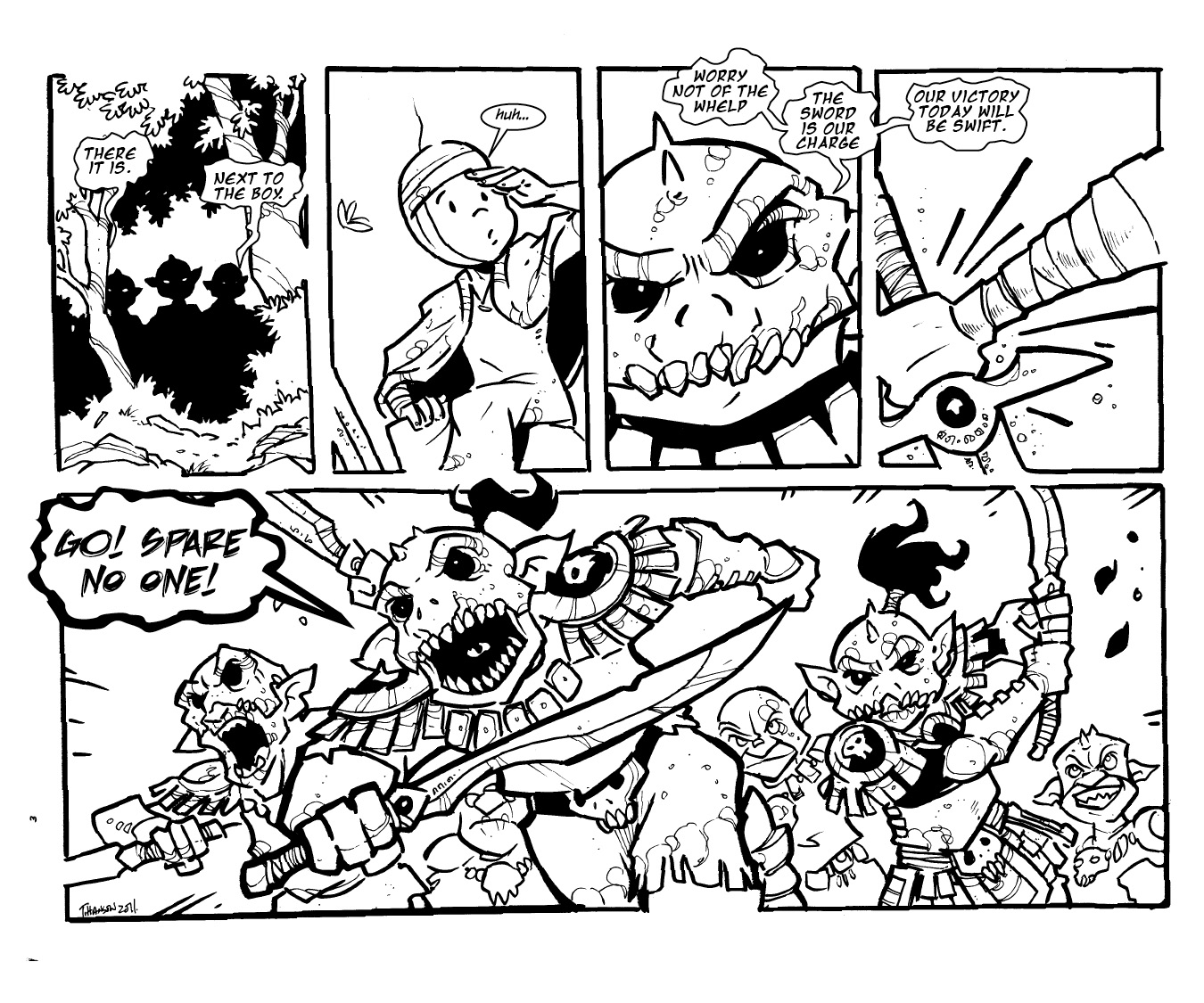 Well – we are getting gritty:)

This is going to be a very busy week for us as I prepare for SDCC. Also I should have issue 8 by the end of the week, which is pretty exciting. I must say that it has been a very trying few weeks, hence no newsletter and limited commentary on the posts. I do apologize for that, yet I do see some sort of light at the end of the tunnel.

I appreciate the support as well. It has been much needed in a dark spot. Thank you

Travis,
Hello. I can't wait for number 8! It's going to be epic. I was wondering if it would do a short interview for the NMT college paper, Paydirt. If you can please let me know at vbriseno@nmt.edu Thanks Vic Briseno

hey vic- I too am excited about 8 and yup i would love to do an interview- just shoot me an email.
trav

The tranquility is shattered! I have to say, this is the first time I've tried to click the "Next" button, only to find to my dismay that it's grey.

mission accomplished:) well be now we are 3 pages ahead.

what an amazing comic, very professional found you on inkoutbreak.com and started following you!

thank you – I really like what inkoutbreak has the potential to be. Gonna start spreading the love about it. Glad you enjoy the story as well.

Finally! Something for Bean to do! (Though, I half-expect it to go horribly wrong for him.)

we will have to see- though if you have been reading I bet you have noticed that bean is … well shall we say… full of energy?

Methinks the goblins are in for a spanking…

I just wanted to say that while I understand the purpose of having the evil horde yell out "No mercy!", I feel it's too much of a big "Hey we're evil!" sign to have them wave. If they were really that cold blooded, the face that they intended to murder everyone would have been a given and they'd just use a battle-cry instead. I keep imagining one of the goblins in the back to be thinking "Screw you man, I'm gonna spare like, at least HALF the people!".

I think the only time screaming "No survivors!" or something to that is effective is when it's someone on the protagonist's side yelling it out — especially when it's a fighter who's likeable and a proven loyal ally. Then it's suddenly jarring to see a vicious, cold-blooded element that no doubt would be present in a battle-hardened warrior.

yeah though in the heat of the moment- there is sometimes that one guy- who ruins the moment of surprise. Well that goblin up there is that guy:)

Bean is not helpless, even injured. Mama has her own powers, and Bean will react to any threat to her. There is also Papa and the sprites. I think those goblins are in for a surprise.

I doubt it will be a painless victory for those we think of as on the good side, but I predict defeat for the goblins.

sorry:) was the wait worth it though?