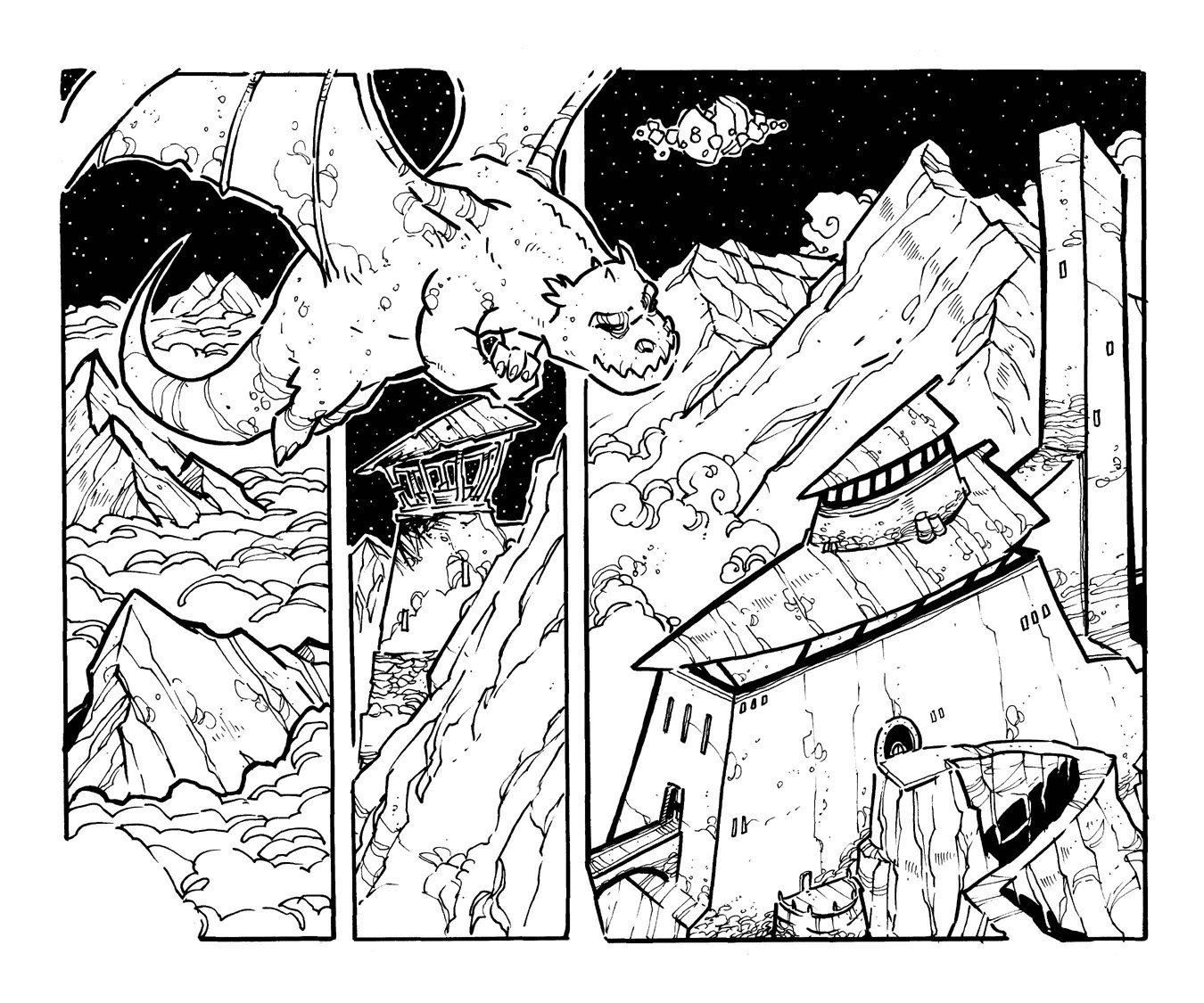 Well – i am working hard on finishing the next section- 9 pages left to go- hopefully we will have it all done and ready by the end of the month. There is a lot going on- i just wanted to say hi- and hope everyone is enjoying the story.

So the gargoyle is kinda tubby. But then something huge and rocky wouldn't be able to fly without magic anyway, so what is a bit of extra weight?

So I just read my volume 1 of the Bean! It was more epic the second time you read it! I love it so much. However one thing I realized was the buildings when talking about the elves. Those building look like these buildings so I think we may see some elves? 🙂 Hope so!

Vic- That is actually how it is supposed to be read. The book is so much better in my opinion.

buildings and elves- the elves influenced many of the northern cultures of the broken moon. As for meeting elves – we will…. i promise.

Ok, I've forgotten how the dragon and Trav are linked – can someone post a link to that page?

thanks for throwing the reference out there

Hope that dragon's on our side.

I think the shift in terrain from forest to mountains is pretty cool and dramatic. Plus I dig the dragon being a bit on the plump side. The buildings look pretty sturdy. I might want to move in to one.

i heat it's a very nice place to life…. that's what i heard

The story has shifted back in time to Bean, who must be wondering what's going on…
That's a really cool house !
(Wasn't it designed by Frank Lloyd Spinosaurus?)

🙂 yup time for a scene change.

I would think this dragon is stronger than a spinosaurus

as for being stronger then fluffy:) prob not. Fluffy is pretty strong.

Oh dear, that is the answer I have feared.

Because, you see, when we browsed your DA site, my little boy was so excited to find all those wondrous pictures of very small blond boys like himself who fight dragons and dinosaurs or have a dinosaur friend as a mount- he yelled:"that's me! That's me!!! I fight a Dragon with my sword and I cut of a dinosaur's horn off …!
His sister cooly interrupted him: " you see that rabbit over there? That's MINE. And it's wayyyy cooler than ANY of your crummy old animals. (Jonathan has eleven imaginary animal friends.)
And stronger too."
" Then…then he's mine, too!"
"Nope. Rabbits are for girls. He's mine."
Of course a fight ensued, and of course Jonathan lost, because how can a small boy win against an elder sister?
Johanna kept Fluffy, and Jonathan just has to live with it.
We had an uneasy peace until he decided to confront her again on the Fluffy issue. Like many boys of his age he is somewhat of a dinosaur expert. And since he has a speech impediment, and pronouncing all those complicated latin dinosaur names provides excellent practice for him, I read dinosaur books with him every night and buy him lots of dinosaur stuff.
When he learned that a spinosaurus is even bigger and stronger than a tyrannosaurus, he was overwhelmed. Until then the tyrannosaurus was the ultimate Monster he could think of.
So he marched to his sister and told her that she could keep her stupid Fluffy because he had a spinosaurus and NOTHING is stronger than a spinosaurus.

Of course this started an even bigger fight than the first one. Tears flowed. I promised to write to you for a final verdict.

I see the debate rages… i would suggest that a bionic spinosaurus is prob tougher then both fluffy and the dragon…. 🙂

can you send me an email lene – i want to ask you a question:) thanson@beanleafpress.com