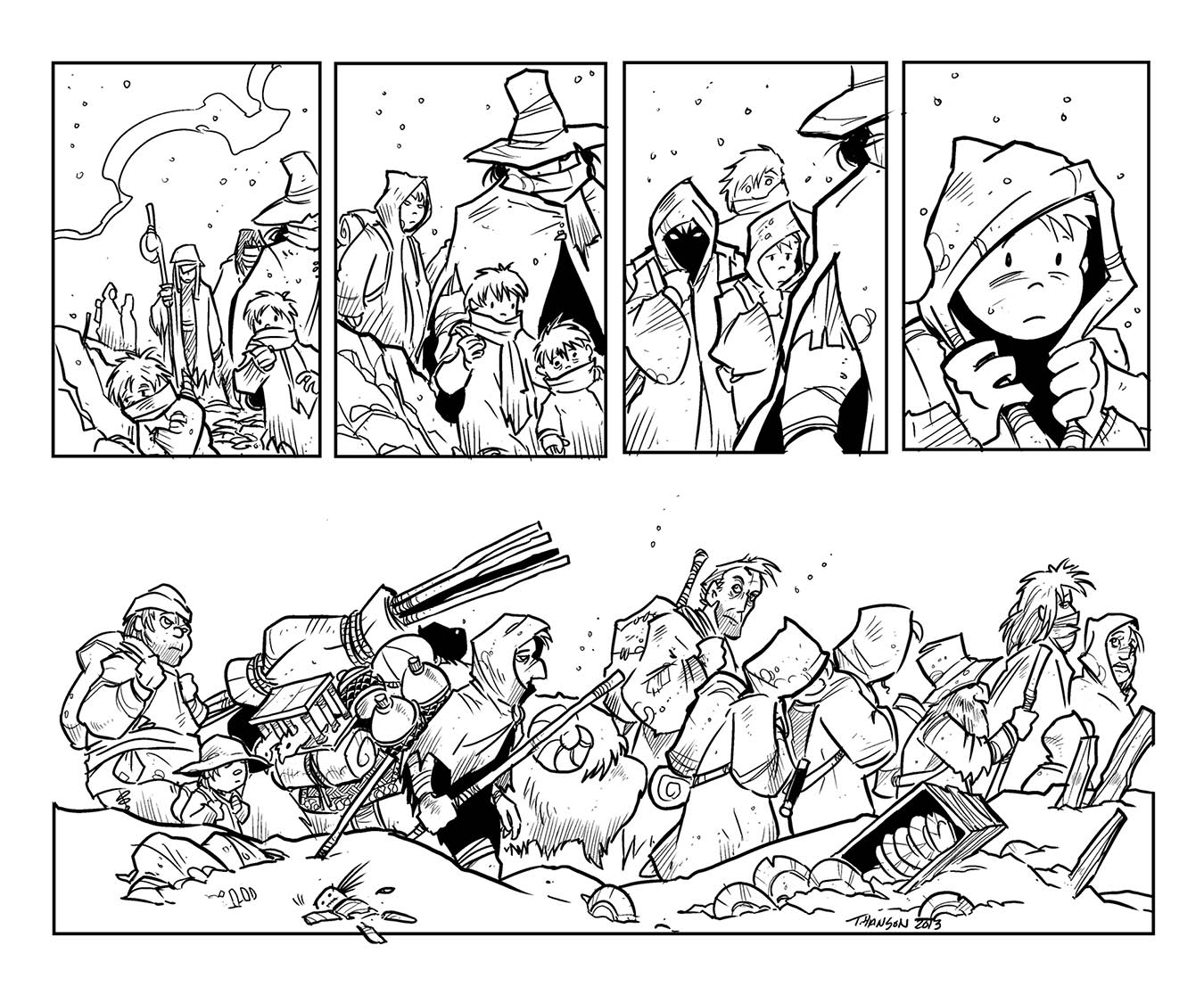 Sad rag doll on the side of the road <3

I saw that, too. Breakin' my heart!

so you noticed the little things 🙂 As i read the journals and history of real pioneers and refugees… many start out with all sorts of keepsakes, but as the journey wears on, more and more things find their way to the side of the road.

Hey, that's right! I'd forgotten about the real-life aspect of that. You sure do your homework.

I try – there is plenty i miss- yet this moment in the comic – i really wanted to make it pretty accurate to a few historical events.

I like panel 3 and how Otter is presented. I think it's the eyes. The contrast makes them seem to glow prenaturally (even though this is a BW comic.)

I was thinking the same thing, she looks almost devilish in her conviction. Whereas poor Bean is clearly very uncomfortable. Ironically, this actually means he blends in really well at least. Just check out Beans eyes in panel 4 then compare them to the kid in panel 2. Both of them clearly quite weary with their lot. Even the oxen animal in the last panel looks worn down. It’s impressive how Trav’s able to make me emphasize with characters I don’t even know the names of in one page (and without dialogue, no less).

At least the chicken (I think it’s a chicken) in that cage looks quite alert. I imagine him being a cheeky, talking chicken for some reason, who’s constantly making fun of the poor kid behind him for looking like a Moomin!!!!!

Ahem, in my head that sounds a LOT better than it looks. >_>

🙂 thats funny about the chicken