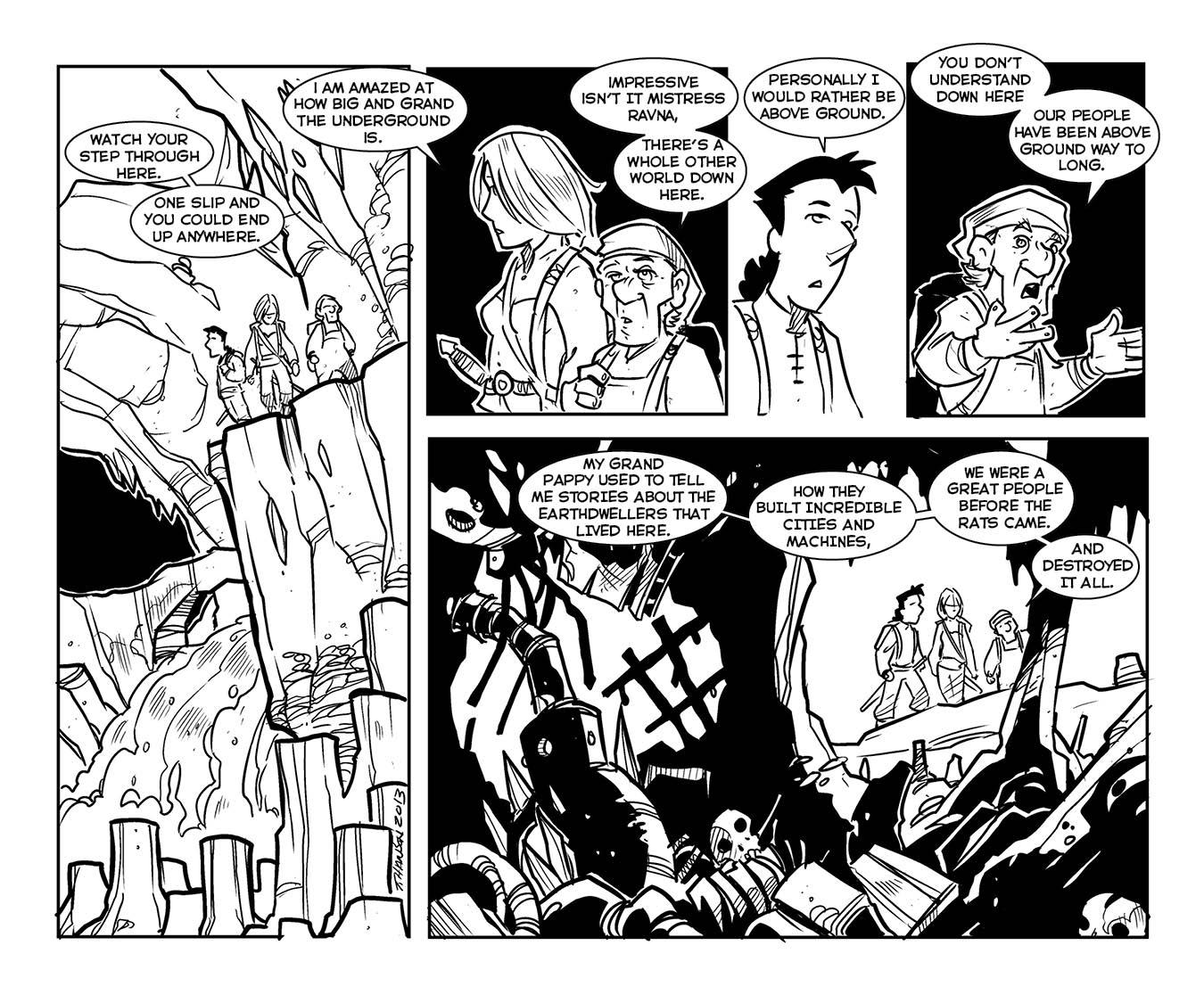 Hmm, makes me think of the Dark Crystal for some reason (caverns and such). I’ve always had mixed feelings about the underground world. Fascinating stuff (as someone already mentioned, catacombs etc.) but also super scary seeing as I’m mildly claustrophobic.

Don’t know if you’re familiar with them, but there’s some really interesting tunnels and passageways underneath London for example, though if you got lost there you could die before someone finds you (yup, that’ll be the claustrophobic me kicking in >_<)
I remember one picture in particular that still haunts me to this day, a network of tunnels (not rivers or sewers, but footpaths) that in the center seemed to lead into a what appeared to be an impossible deep well in the center.

Sometimes I wonder if we see a post-apocalyptic Shadowrun here.

sometimes i wonder the same thing.

"been above ground way too? long" I am always amazed by the underground cities and tunnels and catacombs that have been built into rock all around the world.

same here- there is soooo magic underground and mystery as well.

I got too cute when I wrote too? in my sentence. I was hinting that perhaps the " to " in the word bubble should be " too". The rest of the comment stands as is. Your drawings of the caverns and roots and small details treats to the eyes.

Rats! This is either a big new piece of worldbuilding or I simply forgot that I knew it already. Either way, cool! 😉

🙂 the worlds a much larger place than a little old inn