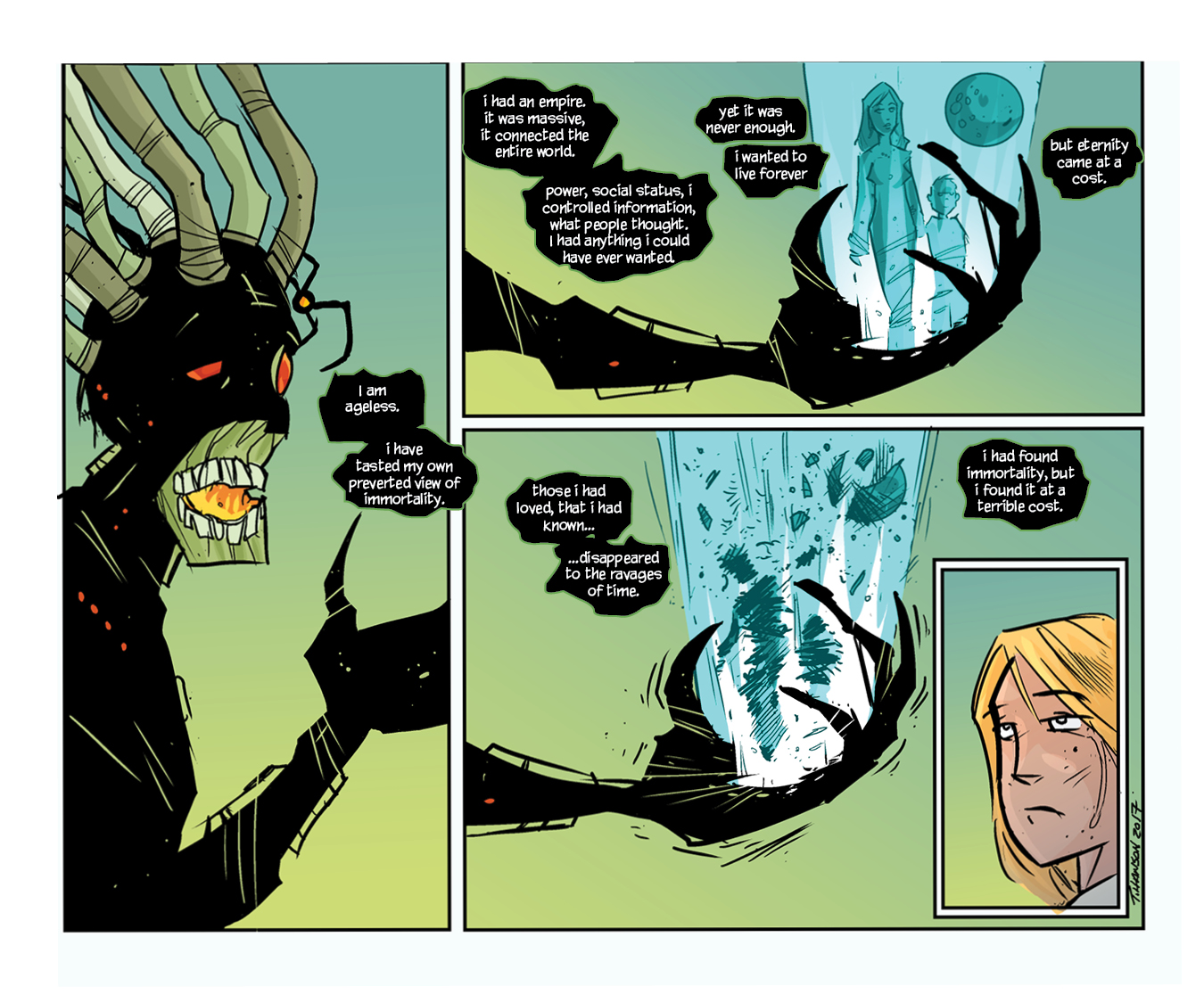 Its a milestone today- 750 comic updates – and no stopping either 🙂

This comic is awesome!

Immortality without eternal youth I'm not so fond of, but if I could go back to my body at 40 and live forever in that body, I don't think I'd get "tired of it" at 90.

Utterly immortal to the point of being UNABLE to die? The Winslow! "Hi!" That one's fun.

Other than that, though… yeah, not so much.

Think how tired of it all you would get. Most folks who live into thier 90's pretty much decide when to pack it in.

So, random thought here… But THIS RIGHT HERE is why I have never understood why people seem to obsess over immortality. It seems to me that living forever is always glorified as this awesome thing. I'm guessing no one ever thinks it through; not even a few steps. Interview With A Vampire by Anne Rice touches on it, and of course Gulliver's Travels has it's own sick twist, but other than that, it's hard to think of any other thoughtful renditions of a forever life. Great job Travis! My hats off to you.

There's plenty of literature that addresses it, though. I'm reading Tad William's "The Witchwood Crown" at the moment where he is revisiting the world of his epic trilogy Memory, Sorrow and Thorn. In it are an elf-like race that live almost forever and he explores the ramifications of that. On a more humorous level, Douglas Adams had an immortal character in the Hitchhiker's Guide to the Galaxy that decided he would fly around the universe and insult every creature that ever lived. And from him we get the name of the second Dirk Gently novel, "The Long, Dark, Teatime of the Soul." And then there's Oscar Wilde's Dorian Grey. I've certainly read enough to know it's not what I would wish for.

I completely forgot about Dorian Grey! That's a great one. Gonna be honest (probably lose my geek card here), I've never read Hitchhiker's Guide. I should fix that one day. I agree: I would not want that either. Not at all. Good to know there's someone else who thinks that way.