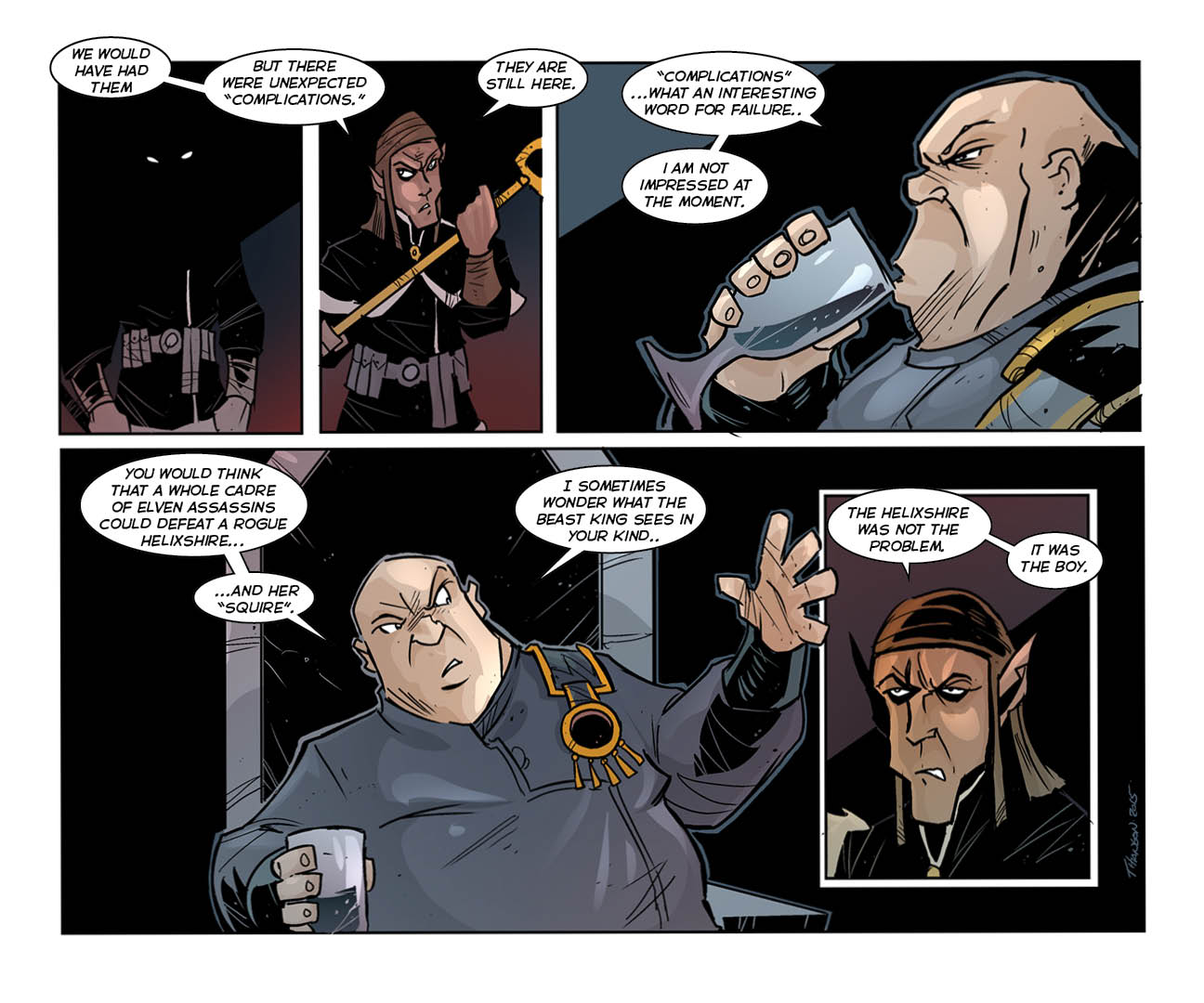 Good morning – Enjoy today’s update, it has been fun working on these pages and many more are to come.  Nothing like a bit of intrigue to start the morning.

So today is question and answer day… you can ask me almost anything about the comic and I will be more than willing to answer… Some might be vague but I will still answer.

Now back to production- have an incredible day.

Second question, Why do my posts end up on top instead of on the bottom?

I do believe the tavern was overrun and destroyed, Gort himself took out the main support and then dug himself out of the rubble after everyone was gone. Siv the Barkeep is dead, The waitress is fled to White Hall with a young dweller who I’m pre-shipping her with for now. The other cook wandered into the woods looking for Bean prior to the over running.

The inn is behind enemy lines at this point. I don’t expect much rebuilding in the foreseeable future. Gort wouldn’t want to make it look like anyone was doing more than attempting to loot the remains fearing that it would attract closer scrutiny. Oh and based on the weather everywhere else, it’s probably snowing in the mountains. After all of that, I’ve come up with a question…
…but just realized the answer to it would be spoilerific so I’m not going to bother. I prefer speculation and surprise. I enjoy puzzling out the the puzzles, seeing if I have the wit to guess the shape of the story arc. Perhaps… ahh I got it!

Which is the time relationship between, breaking of the moon, the c(s)easing of earth ships sailing, and the present day story arc?

So how is the tavern holding up without Bean?

well that was like 7-8 chapters ago, is all this happening at the same time? I was hoping for a "update at this time" update.. keep up the great work and love the color.

I may have missed it from Thad, but how long ago was the sword forged?

About 300 years prior to the story… the guardian talks about it, but i don't remember if he gives a time period.