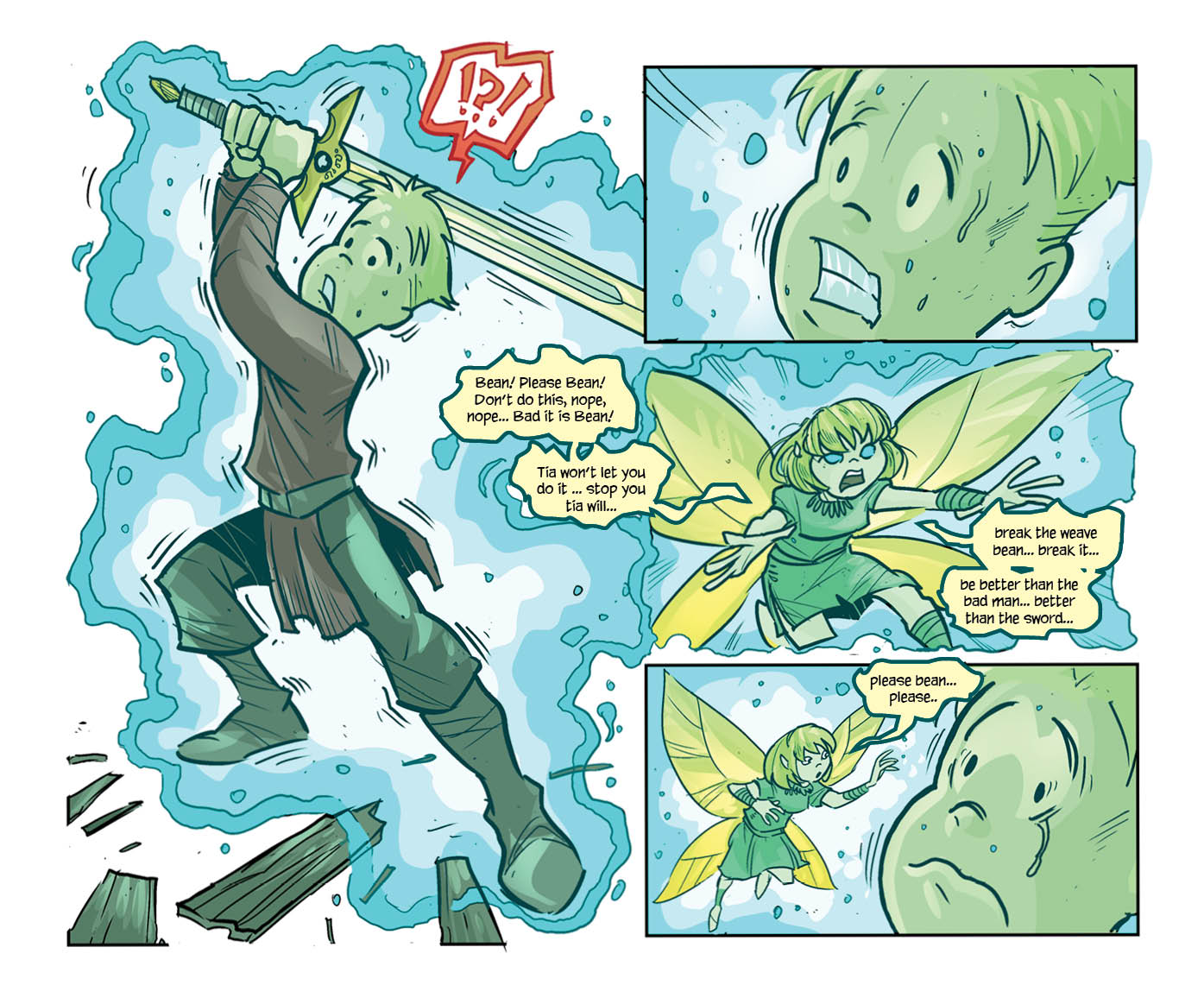 I just hope the cost isn't to Tia.

I agree with Deoxy … Bean would be dispensing justice more than just straight-up murder. I think it's the kind of sliver-of-a-difference that would get him 20 yrs to life these days rather than the death penalty. Either way though, it's better Tia (wow!) could do that. We all need friends like Tia to call us back from the brink if we're ever about to dive into the abyss…. Thanks for making every page a great part of the story, Trav!

Imagine the blow to 'Dads' ego if he gets saved from Beans wrath only because one of the little folk decided to take pity on him. He would just have to 'live' with it.

Whew! The hero of the hour shows up to save the day and prevent Bean from being a murderer.

It's bad enough to have to defend people and have fools with a death wish and an inability to quit throw themselves on your sword.

"Murderer" is an awfully strong term for killing someone like that. He's an admitted murderer himself, attempting to strong-arm rob someone, and he was armed until just a moment ago. Unless the wound he was just given is fairly serious, he's still a dangerous combatant, making "murder" a pretty serious trumping-up of the charge.

This just makes Tia that much more awesome, and may just turn this worst moment ever into potentially the best moment yet. Excited to see how this ends! 😀