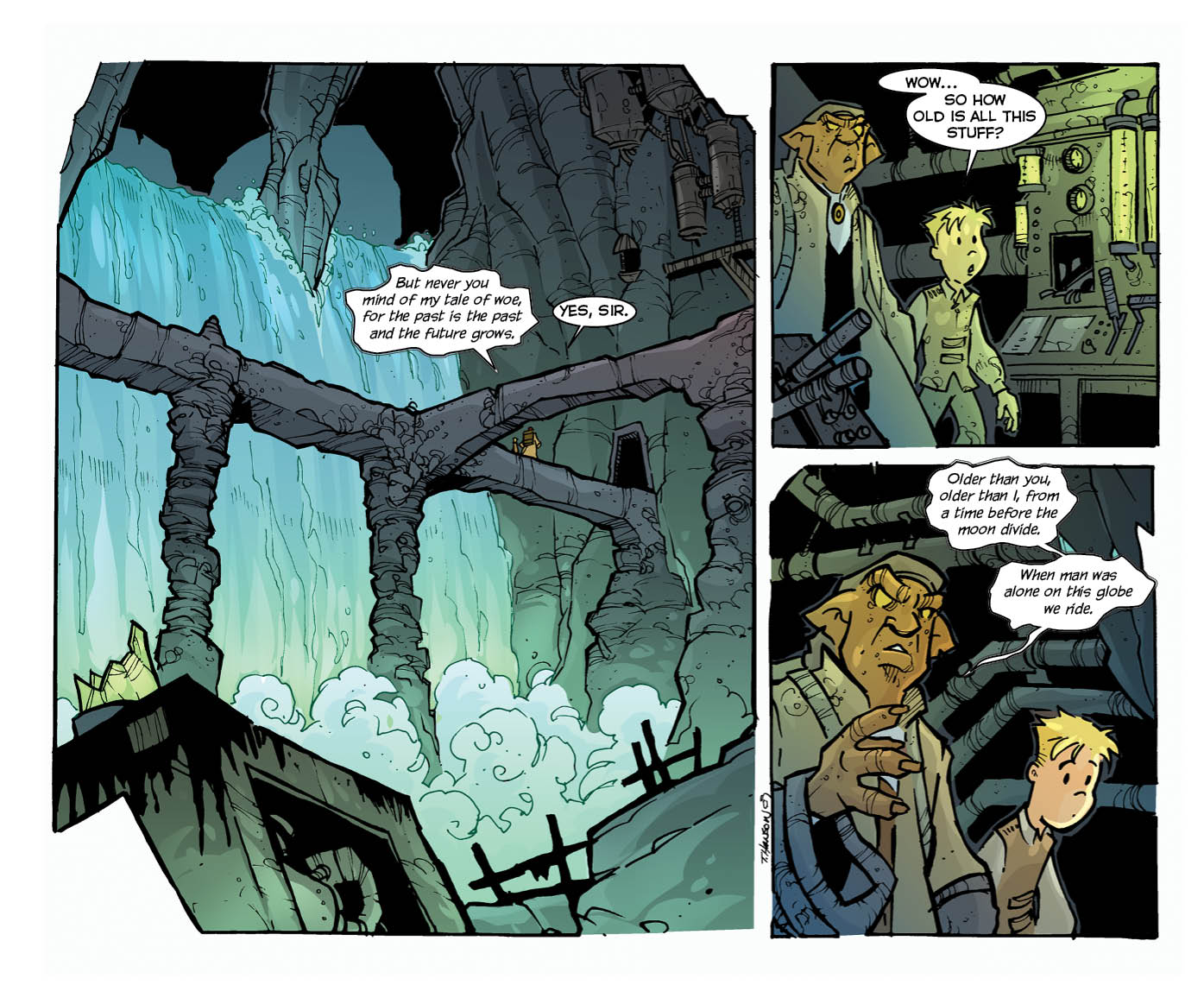 Todays update. Moving through the underground. It has been a real treat revisiting this story and seeing it now colorized. I really like how it is coming out.

At least the guy just confirmed (or at least so far as he is aware) that despite the apparent fantasy setting, they're not living on a flat-world made of "planes". Definite world-roundness alluded to.

Heh; strange thought occured to me: Could this comic actually be set on Earth, but in the future?

The destruction of the moon, and all the strange modern-day equipment that lies underground (sewer-systems, pipes, etc) and now the mention that one day humans were alone on the planet…

Some catastrophe occured (perhaps involving the moon) and strange fantasy-esque creatures started appearing afterwards? This could be post-apocalyptic… or it could be my crazy mind wandering off again. =P

I reserve the right to remain silent…. 🙂

i presume that means yes

i still have the right to remain silent…. 🙂

I love the mechanical / fantasy world of Bean. The way those two worlds combine is very much seen on this page.

There is a lot of mechanics still being used, we just haven't got there yet

At times, I think i have got the same to many answers

love the new site sir!! looks great. so much better all around. this page looks great. love that first panel, such a cool shot with the waterfall and them walking across that bridge.

Oh good- I want to really use the comment section more here and i am glad that it works- i think it will allow me to hang out a little better here.

Glad you like the waterfall as well. Now to continue finishing off issue 4

thanks ruth:) glad you are enjoying it