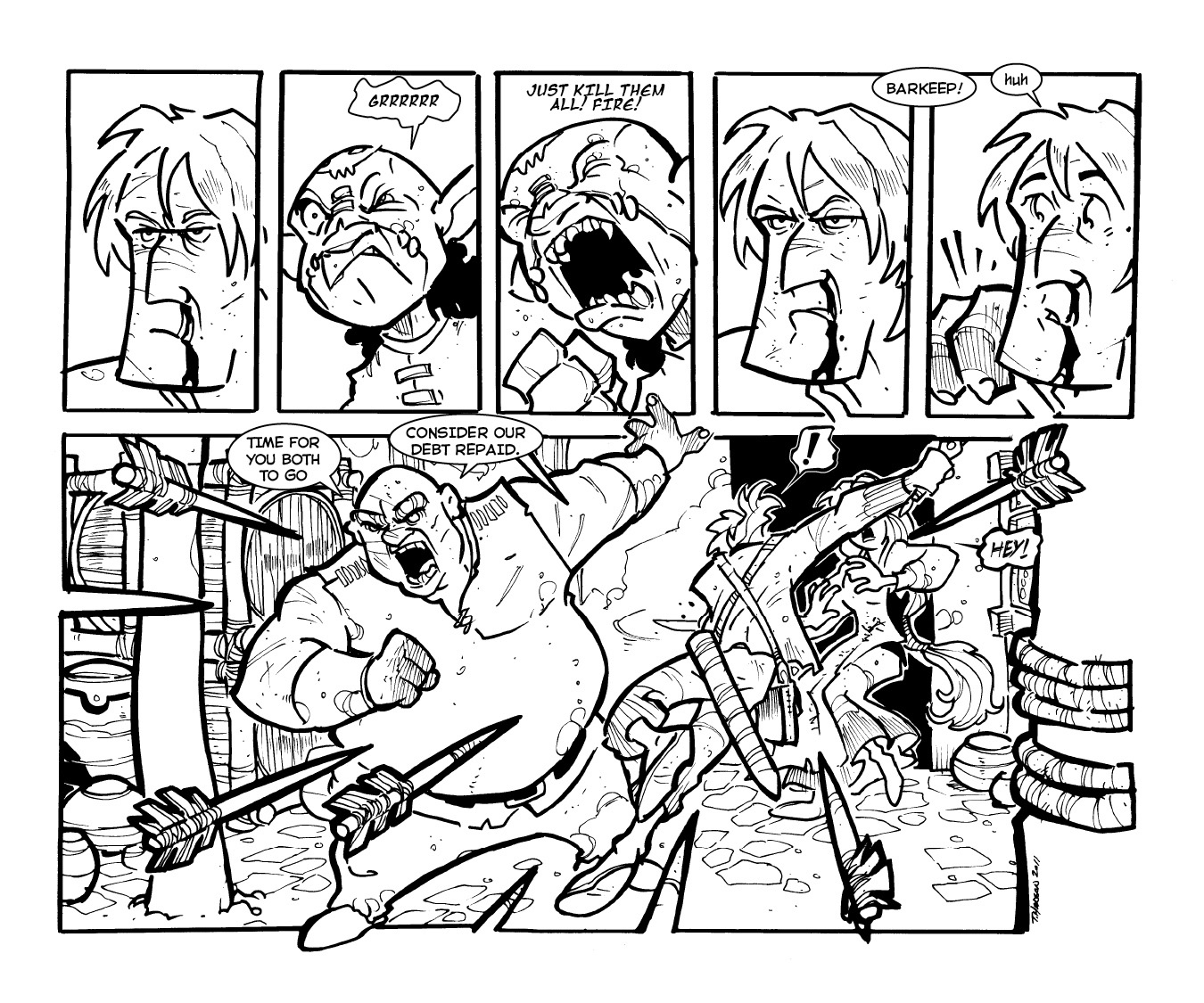 There are 11 days left on the kickstarter project. If you still want to help please just click below.

so much going on- I am working on all sorts of projects. As for replying I will be on tonight to go over all the comments. I am still around though. Keep creating.

$15 gets you a copy of the book and FREE Shipping, plus your name printed in the book as well. So if you want a copy before they become a available to the public in Nov and your name in the book… just put in a pledge. Everything is appreciated. We have 16 days left before everything goes through and I could not have done this without you. Thanks- Click here to pledge!

(b-because he reset Gort… to killing the badguys…….)

Don´t worry. Mr. Trav won´t allow the death of a main character even before we have the chance of know his full background. For example, who was Siv´s previous lover?

What's worrying are the arrows from which Gort is throwing Siv. Something tells me he can't get out of the way quite as quickly.

Gort and Siv are both such fascinating characters, but for totally different reasons. I'm also really intrigued by the fact he said 'our' debt and not 'your' debt. Clearly, he had much greater respect for what Siv said/revealed then the Goblins did (and even they seemed somewhat moved by it).

Something tells me Gort is going to 'bring it' once the relatively vulnerable humans are out of range, a bit like trying to shoot the Hulk and instead of hurting or damaging him simply making him angrier. At least I hope so.

A hasty exit to the not-so-secret tunnel! -Not so much good bye as see you later…