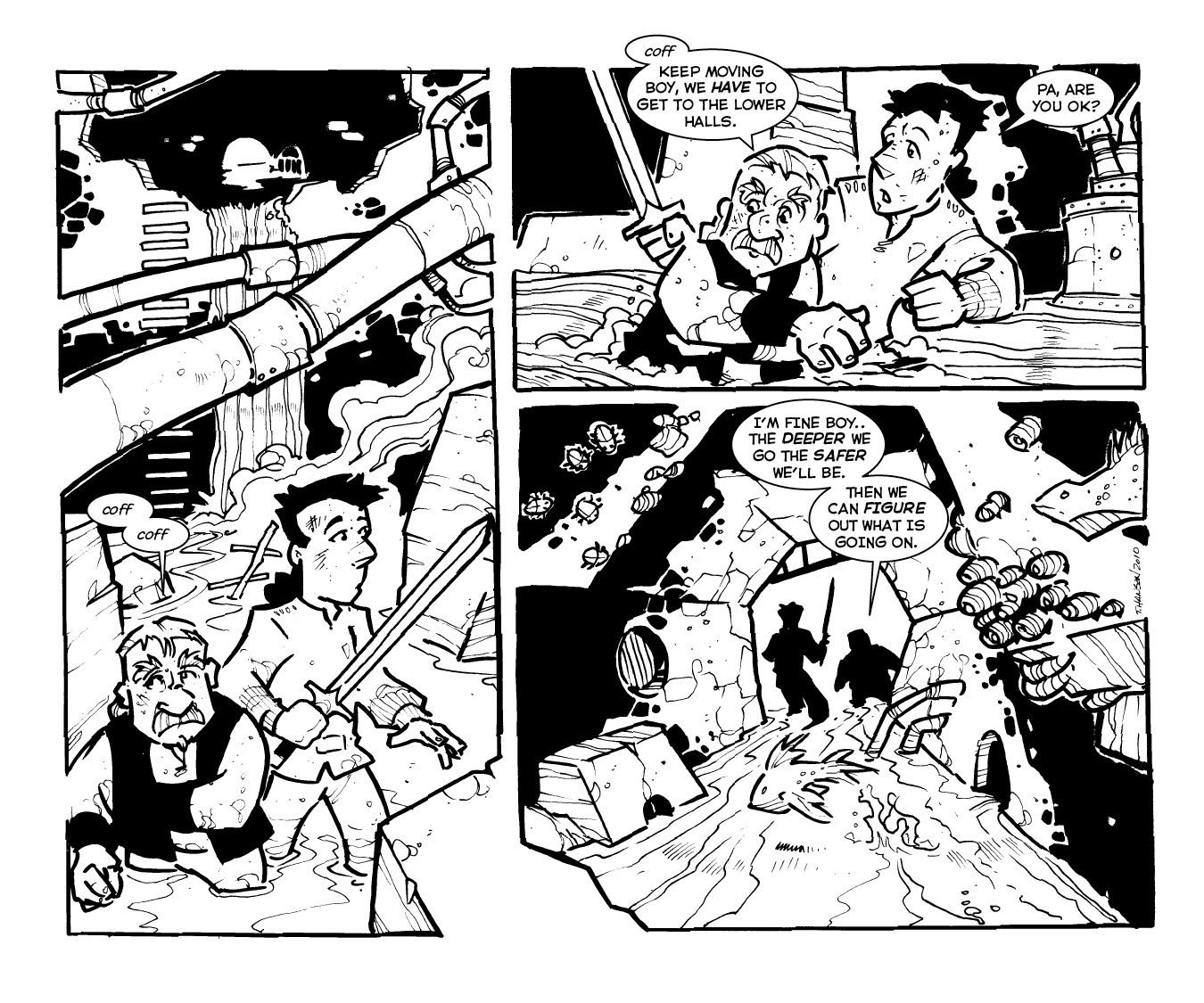 Short post today. Trying really hard to finish up on book 8 and had to redraw a page.

I am really jazzed about everyone’s comments for the rest of our cast. I have really enjoyed it. So today Our casting call is for gort. He’s big and mean.

So who do you think could play our innkeeper.

Gort…… who’s the voice or the actor.

I'm surprised nobody mentioned Michael Clark Duncan. He's got that super deep voice that I think would be just right for an Ogre.

He would be perfect for an ogre! To me, he might be better suited (or perfectly suited) to playing Groggle.

Michael Chilkis — He's got the physicality and the build, and I've seen him in things that clearly showed that "rage" is not the only emotion he can convey.

Rolf Lassgård. Prominent actor with a large build. One of his best characters was a cop in a series of movies that had real aggression issues and a very bad mouth and temper overall. He is sure to get my vote for Gort.

Saw Charles Dutton on an episode of CSI:NY last night. He has the look and build for Gort – stocky, but not flabby.
http://www.imdb.com/name/nm0001165/

The part didn't offer a lot of screen time to show his acting chops, but he carried the part well.

As an example of just how good, Alien 3 was far from a great film, but certainly, he was the greatest thing about it. He’s that kind of actor. Hadn’t considered him for Gort though, nice one!

Speaking of people with the right build, Butterbean would be PERFECT!!! But only physically, unless he has an acting career I’m unaware of. 😛

Gort = Morgan Freeman. For the lulz.

If we're just talking voice, I can easily hear Danny Devito doing Gort. If he were taller, he could play the part, also.

Worst part about Stallone or Johnson playing Gort, is that both men are fairly lean, while Gort has that look of someone who is strong, but definitely hasn't missed many meals. Sure, the make-up department can fashion a believable gut for a buff actor, but we might want someone who already has that somewhat corpulent look.

Ohh, I wonder what’s really going in with ‘Pa’, old chap has realised he’s wounded I think. Hopefully it’s not too bad. o-o

Going back to the casting, hmmm, I’ve been trying to think of someone to play Gort even before we got to him. I actually think Mickey Rourke as he is would be perfect for this. His face lends itself to makeup these days (no offence), he remains an AMAZING actor and is really good at playing rough characters who nonetheless show a softer side on occasion. For example, you can say what you like about Iron Man 2, but everyone I’ve spoken to at least agrees Mickey was the best thing about that film acting wise.

So yeah, I’m going with Mickey Rourke as the actor. The big, dirty question is can he do the voice!?!? I think so actually, his voice was deeper/rougher than usual in Sin City, so yes I think he can, but I’m intrigued to see what others come up with in the voice department, sounding like a ogre isn’t easy after all.

Off the top of my head, Sylvester Stallone and Dwayne Johnson could to it as well, both in terms of physique and voice, but really, without wanting to be rude I can’t seriously compare them to Mickey in the acting stakes. I think Sylvester and Dwayne are better than most give them credit for, actually, but Mickey is REALLY good, and could give much needed depth to a character that, if not treated/acted well, could come off as shallow/simple in a film context. O_O

Hmmm.. Sounds like Pa has some broken ribs or some other internal injury… Not good.

As for Gort, Michael Dorn would be perfect. He's got the voice and the bearing.