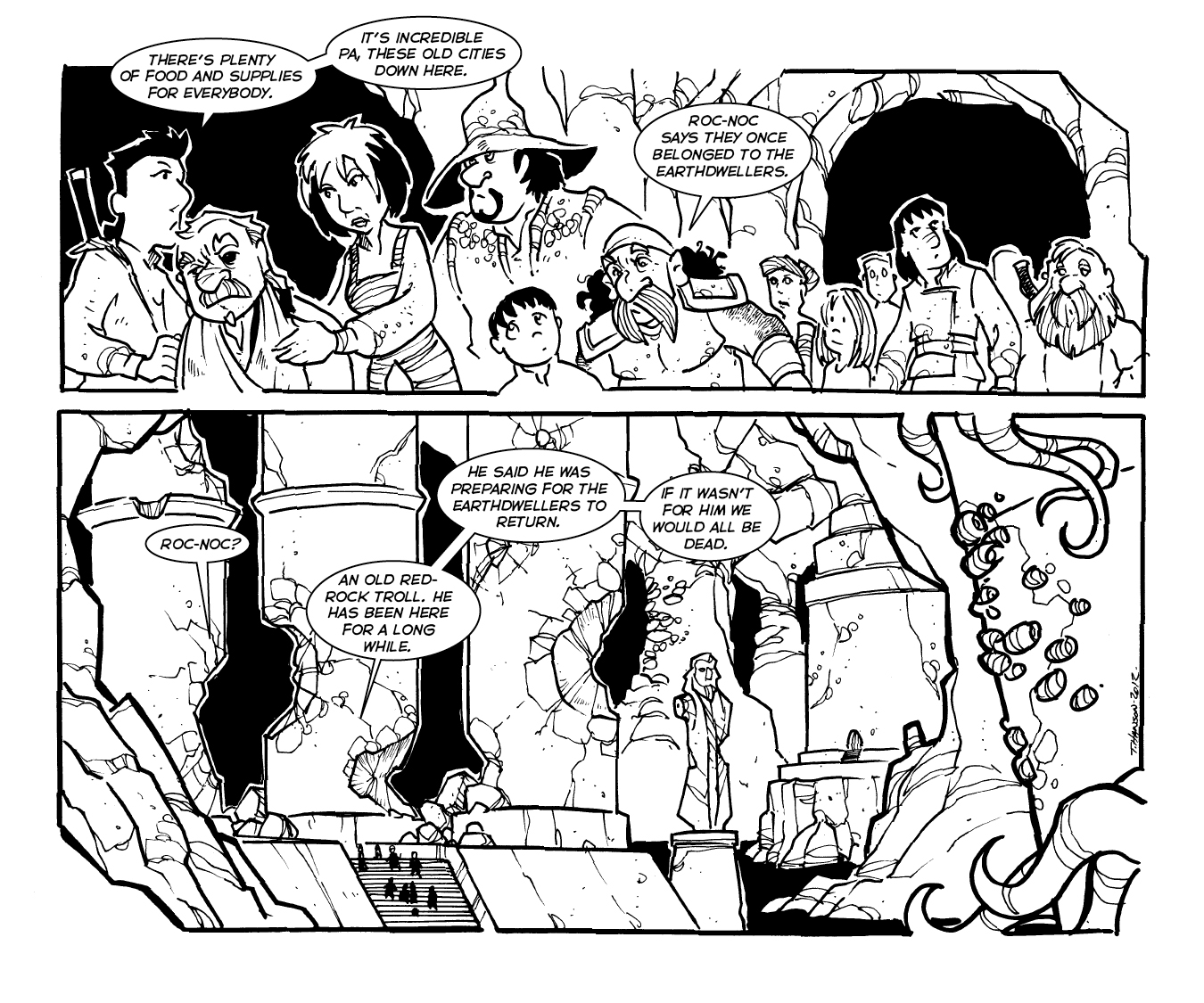 Chapter: Chapter 11 the Watcher of the Broken Moon, The Bean Comic
Characters: Crimson Per, Fencer Per, Gilvan Per, Grimloth Tanderfoot, Marathar, Mavye, Nadella Per, Talie Per, Tannis Per, Til Per
Location: Carpoth, Dark Leaf Forest, Ruins of the Red Rock Trolls, The Underground

Crested over the 9ooo mark on our kickstarter. 236 people are getting their books before we release them to the masses as of right now. There are 29 days left and if you want in – head on over to our kickstarter project.

Also I have been posting more art in the imagination series- I really like how they are coming out.

Yes I agree, an awesome 'set' your have going travis! I look forward to seeing more of it!

I love that last panel. Who wouldn't want to live down there? Okay, okay, so yes those columns look a bit fragile and yes there tends to be unspeakable evil buried deep in the earth, but I think we can all agree that the "cool" factor wins out over those concerns.

World-building question: Is there a magical light source or other explanation for keeping these underground cities lit?

I would agree it would be cool to explore these underground places.

OK light sources… When I approached the underground, I wanted it to be very alive (reading jules verne journey to the center of the earth right not). I wanted it to have it's own plant life and ecosystem. To create that i needed to create a light source. So in the rocks, and tons of crystals that generate light, anything from blues, to reds etc. They generate heat to a degree as well. The crystals though give enough light that one can move around. Now there are many other places where the are no crystals to light the way, we will explore some of those in the near future:) .

As for how these crystal came to be and how they give off light and why the world of the brokenmoon is full of them, that will be explained later.

Cool, thanks for the background. 🙂